Och is the Olympic Spirit associated with the Sun and Roman gods associated with the sun such as Sol, Hesperus, and Apollo, The name Och may refer to the. Greek word ochros, meaning pale yellow. Or perhaps the Latin root for the number 8, oct, suggesting pervasiveness in filling the 8 directions of space.

Och is said to rule 28 Provinces. This translates into the equation 7 x 4, making its value 4. Its geometric form is the tetrahedron. Using simple gematria, if we take the number 28 and turn it into the equation 2 + 8 we get the number 10, which  reduces to 1, alluding to the Tetraktys and ideas about the Empedoclean dimensionless point.

Scrying the Olympic Spirits Part 3 Hagith The Intelligence of Venus

Hagith is a variation of a Hebrew name that means “festive.” In the Bible, Haggith is the fourth wife of King David. Her son is named Adonijah, which means “beautiful,” but the story of Adonijah is rather tragic: he tries to usurp the throne, which David gave his other son Solomon. Solomon forgives Adonijah but then has him killed when Adonijah has Haggith ask Solomon’s mother, Bathsheba, if he could borrow one of King David’s concubines.

This story may be a veiled allusion to the rebellion and fall of Lucifer. The alternative Latin name for Venus in ancient Rome was Lucifer, a bright morning star that preceded the break of dawn. Why Lucifer was banished from the night sky and stood alone in the dawn was the subject of many ancient myths having to do with fall from grace. [slide of passage from Isaiah]


Hagith is said to rule 21 Provinces. This translates into the equation 7 x 3, making Hagith’s value 3. Its geometric form is the 2 dimensional plane, representing the terrestrial sphere and perhaps the plane of manifest existence between primordial chaos and transcendental consciousness. It is represented in a diagram described in the Arbatel called the Seal of Secrets of the world as an inner central circle that is divided into quadrants. The quarters represent the cardinal points of space, the elements and cyclical time.

Hagith is said to rule 4000 legions. This translates as 4 x 1000. Four here may refer to the 4 elemental quarters, which extend out into the multiverse (1000) and are each said to be ruled by an angelic prince and 6 nobles.” This is suggested in the statement regarding Hagith in the Arbatel that says “. . . over every thousand, he ordains Kings for their appointed season.”

The “rebellious spirits reserved for the Last Judgment” that the Arbatel speaks of may refer to us—human beings subject to the rigors of mortal life on earth secondary to the fall of Adam. 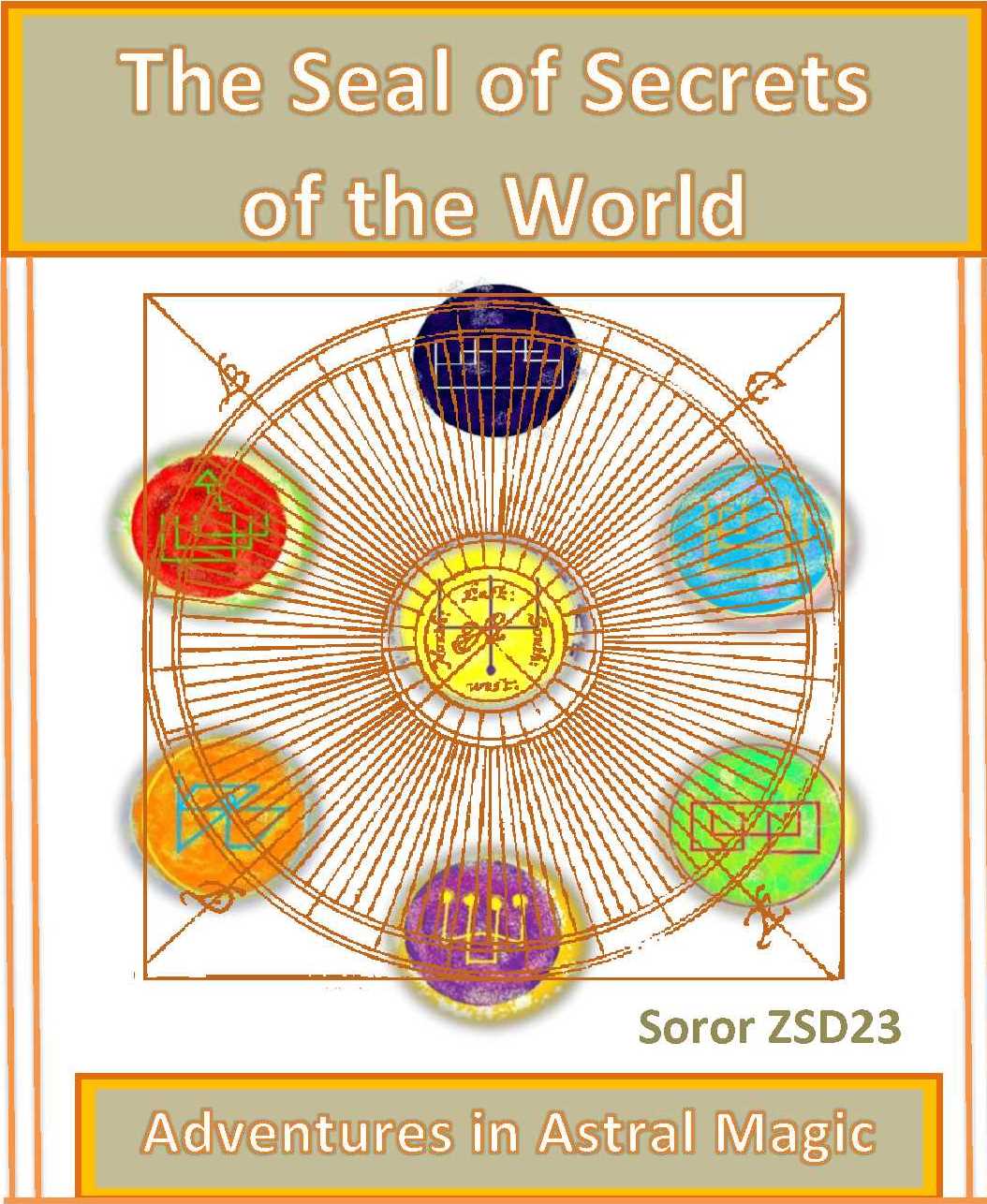