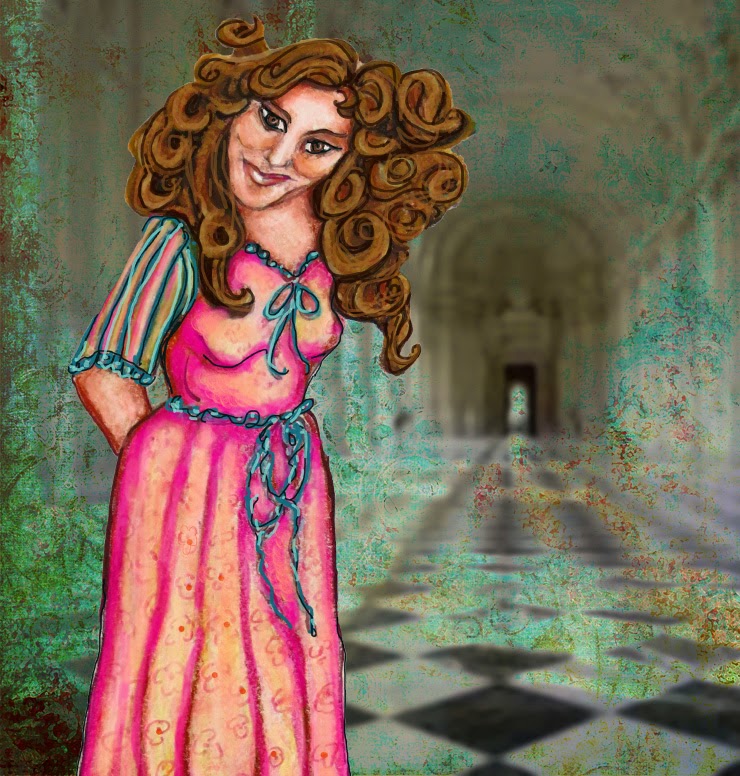 Leonard (Junior) and his buddies, Anil, Cary, and Bertrand, had gotten a glimpse of Sofia La Maga the day before. They gloated like the spoiled-brat junior elitist patricians they were that the hype about the professor was nonsense. It was just as Leonard’s father had insisted. Professor La Maga was nothing but a bedraggled kitchen witch.
She didn’t seem at all like the stories told about her. In fact, she roamed through the secondary school’s second-floor corridor as if she were roller-skating with three left feet and had the mental disposition of a hedgehog.
She was a tall, slender but robust woman with the rough-and-tumble appearance of someone who had weathered hard climbs in exotic lands. Her clothes were rustic, quaintly worn, and embellished with savage jewelry: jangling bells and sashes of bone and fur, claws, shells, and spike-studded pods. Her Medusa-like mane was haphazardly plaited here and there and cluttered her face, blinding her as she toddled along.  She was gripping a mass of overstuffed folders, and from her arms dangled plastic bags filled with items that were heavy such that they swung like pendulums in the wake of her clumsy pace. The heels of her worn leather lace-up boots alternately caught on the frayed hem of an ankle-length skirt. It caused her to wobble pathetically as the heavy bags alternately beat against her ribs.


No one offered assistance. They were busy gawking at her and probably thinking the same as Leonard and his pals were. This was the prodigy who had been gallivanting across exotic lands and speed-reading through mentorships with wild wizards, shamans, and anchorites? 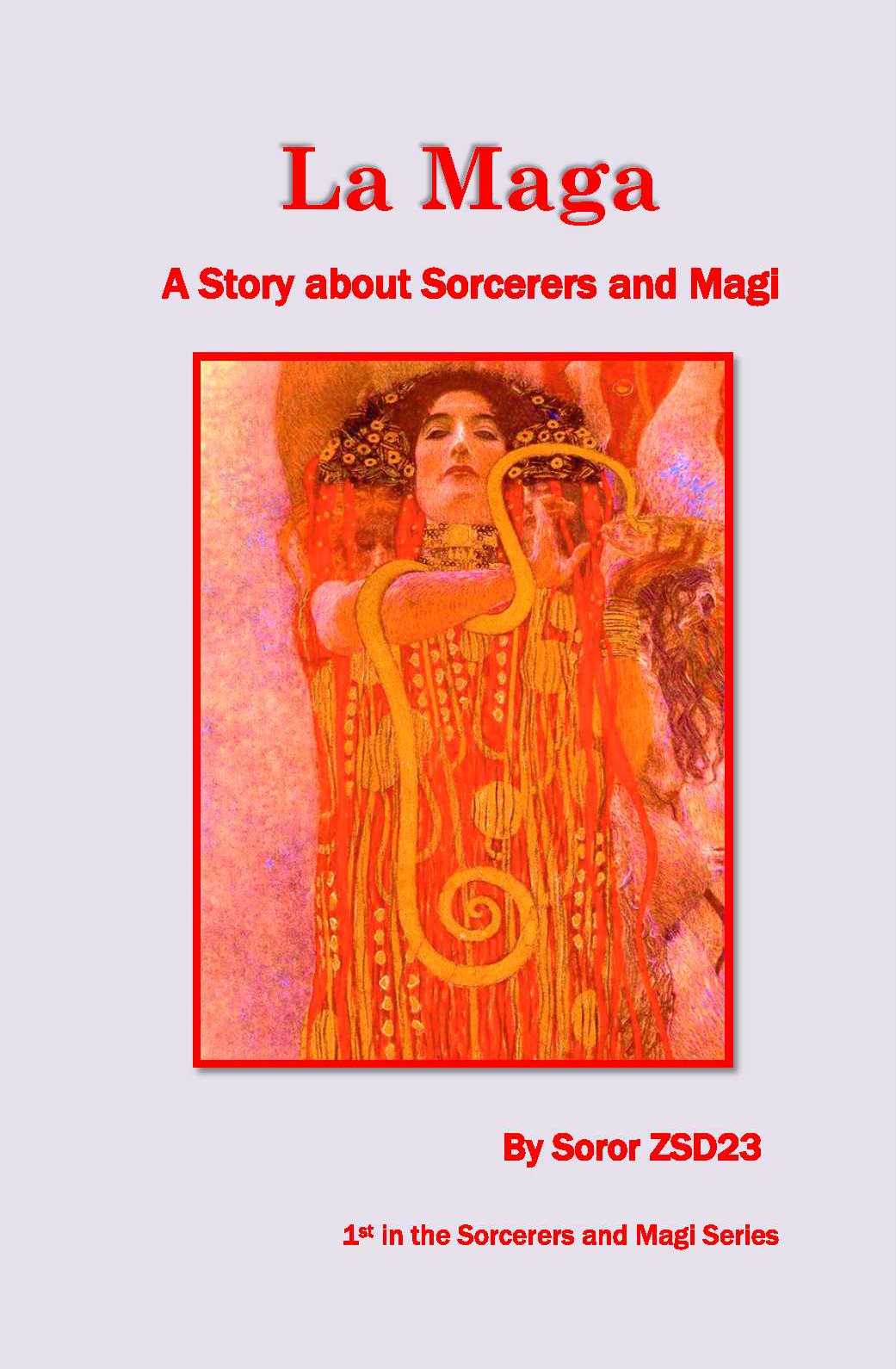 Available through amazon.com. See tab at the header of this page.