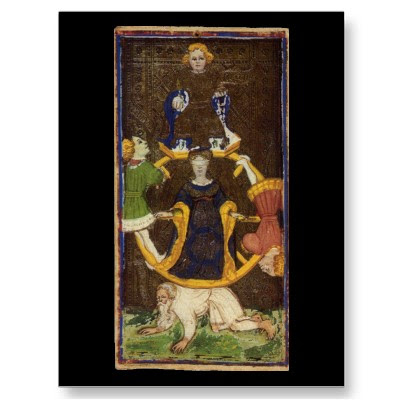 Karma is a Sanskrit term that means “activity” or “work.” It is derived from the word root kri: to do or to act. It originally referred to attending to religious observances (making offerings to the gods in the appropriate way) and being diligent about one’s culturally defined responsibilities. In this way, it was somewhat conflated with ideas about destiny. It became a term applied to a somewhat scientific observation of cause and effect or action and reaction, and it also came to be used in relation to the idea of merit and demerit, sin and punishment, or punishment and vindication. Parallel ideas existed in the West, and we need to look no further than the Bible for corroboration in coming upon tales in which people mull over what unwitting grievance they or someone else –or some ancestor of theirs—had committed that was the root cause of their lousy luck. We find a treatment of this, in fact, in the Book of Job, in which the idea of “karma” as the modern world now bandies about, is debunked.


I sat through an interesting sermon/lecture at the local Unitarian Universalist Congregation. The guest speaker, the Reverend Deb Morra who is a social worker and mental health professional and an activist for the underserved and disadvantaged, spoke at length about the Book of Job, about “why bad things happen to good people,” and about the pleasure/pain principle that we, as humans, struggle with and interpret. In conclusion, she reminded us that, in the grand scheme of things, pleasure is not a reward and pain is not a punishment. In life, people don’t “get what they deserve”; they just get to be alive and live.


We find the idea of “karma” or the adage, “you reap what you sow,” solacing, especially when we reflect on it in relation to people who have wronged us. (i.e., they will “pay” for it—if not in this life, then in the next). The doctrine of karma, however, is more subtle and complex than this. It needs to be understood if one is to understand and make peace with oneself and have compassion for others.


I once found myself being strongly chided by a Buddhist lama because I questioned his teaching about karma. The lama’s approach was rather simplistic, black and white. In his view, a person could expect to get back an exact reflection of whatever she did and was wholly responsible for whatever ills befell her. This caused some people in his sangha to be meticulously neurotic about their treatment of such things as insects lest obliterating one result in their own reincarnation and demise as a lowly bug.


The lama did not like my argument about how that didn’t make sense in the context of interdependent arising—or perhaps he didn’t like my impudence. The next day, I went on a retreat at a Vedantist ashram. Serendipitously, the theme of retreat was the meaning of karma. In the first lecture of the day, the swami who was facilitating the retreat told us basically what I had told the lama the day before and what I am going to tell you here in this essay. It is also the gist of Job that Rev Morra eloquently related in her sermon to a UU congregation.
Life is full of ups and downs, gains and losses, and hurts and regrets. You know the adage: Shit happens.  And what happens is often a matter of interpretation. The Reverend paraphrased the American Buddhist monk Pema Chodron from the book When Things Fall Apart: Heart Advice for Difficult Times:  If someone turns to you and says, “You’re old,” you might either be very proud (as, say a 5-year-old graduating kindergarten or a 98-year-old who is alive and kicking) or insulted (as, say, a 50-year-old woman, like myself).
Although we reap the consequences of our actions in one way or another (actions lead to reactions), it is presumptuous to make judgments about the quality and the root causes of those consequences. Sometimes things that seem “bad” only seem so because of our self-centered perspective. We judge everything by whether it is a pleasant or painful experience. If it is painful, we say it is “evil” –although we may sometimes draw the conclusion that it happened because we “deserved it.” But if we subject ourselves to transformational processes and take refuge in the mystic energies of those processes, we can be sure to experience pain and upheaval. This is called catharsis. It is what is meant by being purified in the Spirit, and it is a natural consequence of processes related to ego dissolution in the interests of gnosis attained through spiritual practice.


When “bad things happen to ‘good’ people,” the question should not be “why me?” especially in an age in which pressing a bottom on a remote control or gliding your finger across a pad on an electronic device gives you access to minute-by-minute, blow-by-blows about how really bad millions of other people in the world have it. Because the answer will always be, “Why not you?” And this is sort of what God ended up telling Job in the Biblical fable. “Shut up and take it like a man,” is what he basically told the guy—as if Job had unwittingly been drafted into the Marine Corp, and this is indeed a metaphor for Life.


It is self-defeating to blame misfortune on something done in the past, particularly if we think that whatever was done occurred in a speculative previous existence. Other persons (such as family members, friends, and others populating our environment) have a strong effect on how we behave and the choices we make such that we cannot be solely at fault for our choices. We are often led into them by the nose like stupid animals who don’t know any better. Indeed, our very selves in the form of ego-personalities are, in part, the epitome and the consequential effect of the persons who surround and influence us, who are themselves the hapless consequences of other hapless influences. Automatons—Programs on automatic.


In light of this, the point of life is to become more aware and compassionate, and we often can only do this by making mistakes, having regrets, and going through trials.


In the book of Job, Job asks a bunch of wise friends and God why bad things happened to him despite that he did all the right things to stay in favor with the Divine. The friends tell him to search his soul because he must’ve f@#&ked up somewhere along the line and is getting what he deserved. God, on the other hand, tells Job that God, being who/what he is, can do anything he God-damn pleases arbitrarily and with impunity, and who are puny humans to question him about it. His reasons are mysterious. “Resistance is futile,” and “cleanse your bottoms; it’s going to be bumpy ride.” In this, Job is left with feeling guilt and remorse—not for unknown actions that may have led to current misfortune—but for second-guessing God and presupposing what life is really supposed to be about.


But is God a meany then and is life that precarious and grueling? This questions and the Biblical fable of Job causes me to make the leap to two other Biblical passages. It causes me to read them in a way I’ve never done before. It takes me out of the realm of glossy sentimentality and into an “ah-hah” experience about the nature of God, self, and the circumstance of being alive. Indeed, it is as if all the pious and pretty jargon written around the lines I will cite are blinds like the flowery piety the fills heretical steganographic Medieval magical grimoire. That is, there is something more, something quite deeper to extract and integrate from the prose.


The Biblical passages are the First Letter of John 4:16 and Paul’s First Letter to the Corinthians 13.7. In John 4:16, we are told that "God is love, and he who lives in love lives in God, and God lives in him." Note that it does not say that God is an old man in the sky; it says that God is love and that we can live “in” It. For people who have any sense of religious philosophy or history or how to put things in context, they would know that when 1st century people talk about Love or Beauty or Order in a philosophical way, they are talking about what God is—Cosmos—Life with a capital L—Manifest Reality. (Uh . . .  “qualified nondualism,” “panentheism.”) In Corinthians 13.7, we are told that “[Love] is always ready to forgive, trust, and endure whatever comes.”


Now we are seeing a dim reflection in a mirror; then we shall see face to face. The knowledge I have now is imperfect; then I will know as fully as I am known.  --I Corinthians 13:12.